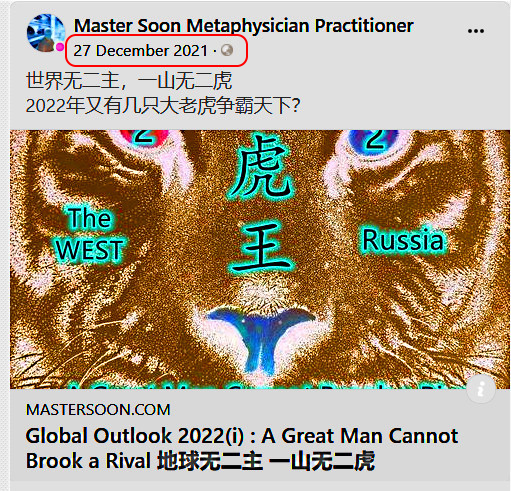 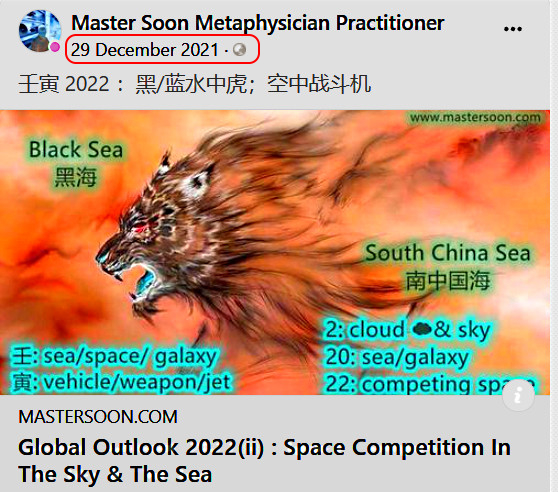 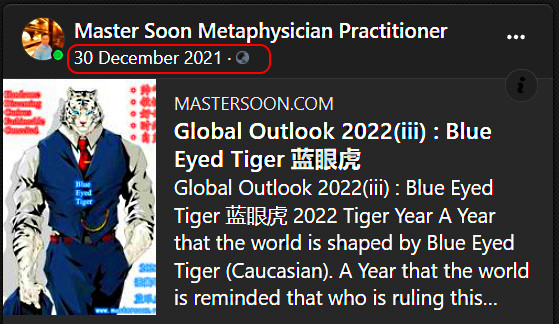 The prediction for the Year 2022 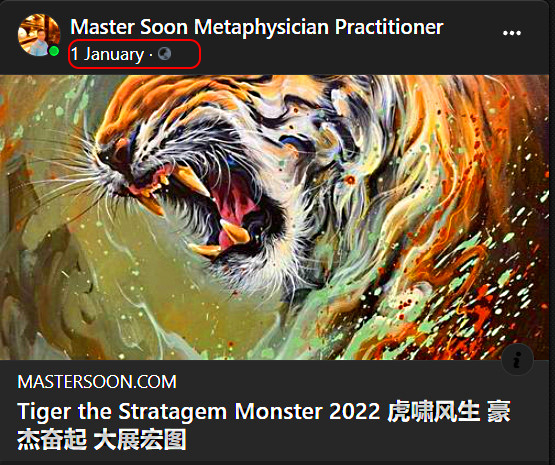 The prediction for the Year 2022

Global Outlook 2022(ii) : Space Competition In The Sky & The Sea

Let me simplify the cosmology & secrets of Yijing as above. I am confident to share this chart as I have been studying Yijing & Abrahamics for more than 25 years. Today, I would like to share 1 single topic. What secret that the God of Abrahamics tries to hide from humans on this planet Earth.

This is just an introduction. Stay Tuned for more information

Where does the political victim of Sodomy 1 & Sodomy 2 stay in KL?

Stay Tuned if you want to get more Feng Shui Master Plan for Free.

Water Tiger 2022 : Decode the Illustration to Change Your Destiny