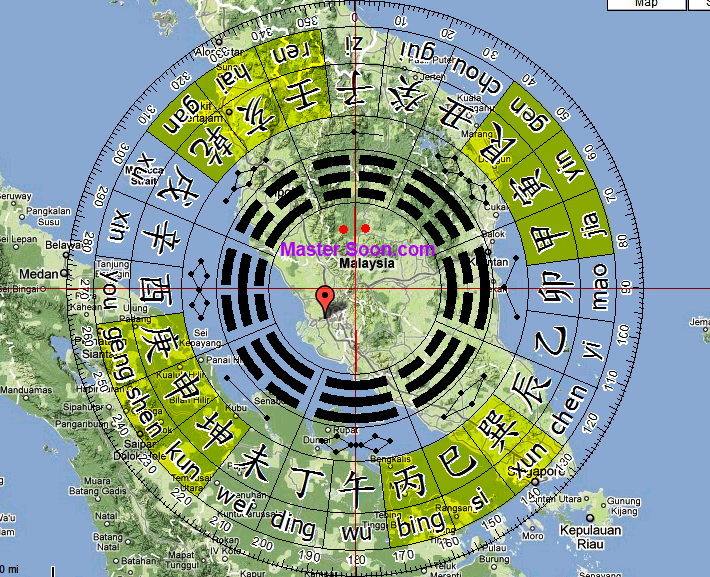 Malaysia Political Power Analysis. From Feng Shui Perspective. High Posibility to Have A Drastic Change Before 2020

This is a very serious topic. I have been studying/researching on Decode Malaysia Destiny since year 1997 in conjuction to East Asia Financial Crisis 1997, which Malaysia was suffering badly. From 1997/98, Malaysia’s national luck is going DOWNWARDS year by year basis…. until today… The economic glorious era of Malaysia , which 1990-s was over.  The study covers socio-economy and socio-politics of Malaysia since Malacca Sultanate (1402-1511) –  to formation of modern Malaysia. However, the focus would be made more on political perspective in term of political power play, politcial struggle and power swift. I am going to disclose this findings gradually. In fact, I have been giving some opinion of Malaysia politics in the context Chinese Metaphysical Analysis in Chinese Media(s) since 2005 from time to time.

The reason why I decided to disclose this accordingly after many years of study is basically due to ONE simple but VERY serious FACT. That is

Malaysia is going to experince a very drastic and huge change POSIBILITY in less than 9 years from now on. 9 years in terms of politics is very LONG from perspective of political decision making. However, duration of 9 years is so SHORT for a current government/existing political power in term of  re-engineering/re-creating/re-formating/re-capturing and most importantly, retaining the power which has been in hands since independance ,1957.

Tun Dr Mahathir, the fourth Prime Minister of Malaysia,who held the post for 22 years from 1981 to 2003, is the person who launch VISION 2020 to Malaysia, with the objective to fully modernize Malaysia as the Developed Country and be qualified as World Class Country.

However, I am personally having a very different opinion, that, Putrajaya is having a very BAD FENG SHUI. Tun Mathathir was the first Prime Minister shifted into Putrajaya. He stepped down less than 5 years after moving to Putrajaya. The Fifth Prime Minister, Tun Abdullah Badawi, stepped down in 5 years…. and now the Sixth Prime Minister, Dato’ Seri Najib since 03 April 2009….  ….  The past history has showed that each prime minister only everagely enjoyed 5 years of ruling in Putrajaya…………..Feng Shui of Putrajaya has been adjusted a few time ? ?? If adjusted, Can the current ruling political coalition, BN, reigns FOREVER……

Vision 2020, or year 2020 is just down the road for less than 9 years…. When Tun Mahathir launched this VISION for Malaysia…. no one knows that it is a YIJING METHANUMERIC to Malaysia Destiny…… only a few number of metaphysians  who are closing link to…. probably…. All citizens of Malaysia were so happy and optimistic about GREAT VISION 2020. That time, Malaysians were looking forwards for the HOPE….

We still have 9 years to go. Malaysia is going to witness its most drastic POSSIBILITY to happen…. How could Dato’ Seri Najib handle this very much depends on wisdom….

Is it enough to change the feng shui of Putrajaya and hope that this POSSIBILITY would not happen?

Would the change of Putrajaya feng shui  stop this to happen?…..

Who should read this study?     The ruling coalition, Barisan Nasional  and The opposition coalition, Pakatan Rakyat……….

Basrisan Nasional needs to know in order to STOP it happen.

Pakatan Rakyat needs to know in order to MAKE it happen.